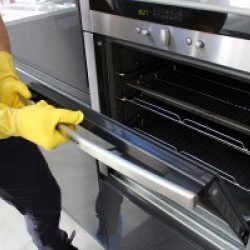 A Step-by-Step Guide to Deep Clean Your Oven 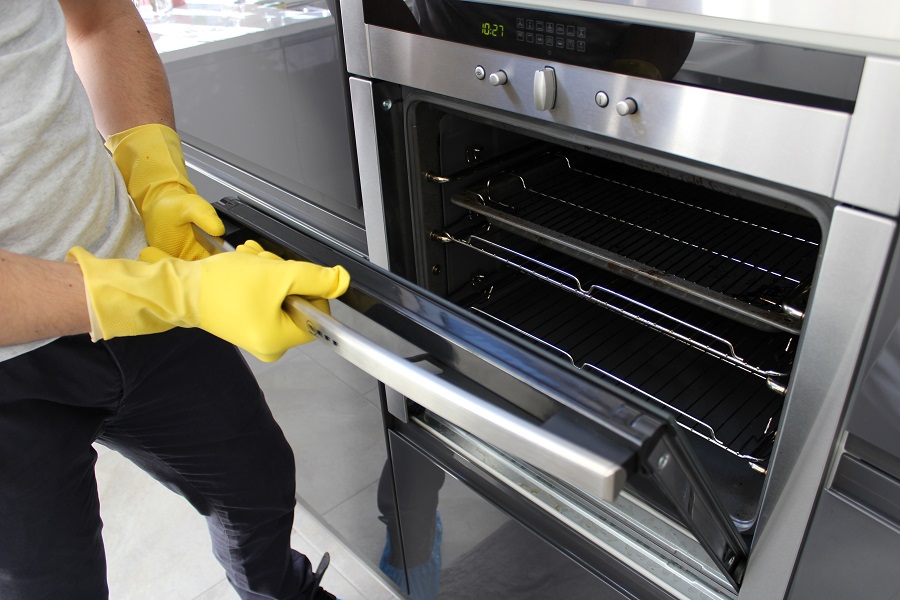 From scrubbing burnt-on grease to ensuring a fresh scent, deep cleaning the oven is one of the most daunting chores you have to tackle. A dirty oven may ruin the taste of your meals or even cause a fire in the kitchen, that’s why you need to make sure your machine operates safely. Are you familiar with the most effective oven cleaning methods? Just follow the steps below and your appliance will get stain-free in no time:

For the sake of your health, you shouldn't let dirt and grease spend months in your oven. Every now and then take advantage of this step-by-step guide, so that you can rest assured your oven is safe to work with.

HOW TO CLEAN YOUR OVEN THE ECO-FRIENDLY WAY

The need for people to move, from a less environmental-friendly routine to a more environmental-friendly one, which considers the health and safety of the people and environment, has become a subject of discussion all over the media space. The concern is that most of the traditional cleaning methods and solutions have been discovered to pose severe threats to humans and the environment. Eco-friendly cleaning methods and solutions are organic and have no health implications. I remember on one occasion, where I used a particular chemical cleaner that was recommended by a friend after I told her about my messy kitchen. The day after I cleaned my oven with the suggested solution, when I turned on my oven to heat my casseroles, the after-taste of my food was that of the chemical cleaner. Since that day, I am using only green cleaning approach for my oven or no cleaning at all.

Many conventional cleaning solutions are not particularly environmentally-friendly, and some contain very toxic chemicals. A popular example of a conventional oven cleaning chemical is the Diethylene glycol monobutyl ether. This chemical poses danger for aquatic animals. I am sure you wouldn’t want to be responsible for the death of over ten thousand fishes.

Let us consider some eco-friendly methods of cleaning your oven at home;

Baking soda: Combine baking soda and water until you get a paste-like solution. Don’t worry, baking soda can be found in almost every grocery store. Use the paste to coat the oven’s surfaces and let it sit for some time. Using damp, clean cloth or brush wipe the surfaces.

Cleaning your oven using eco-friendly methods is very easy, contrary to what you must have heard from friends. The methods outlined above are safe and don't pose any serious health threats. Consider using them to clean your oven.

Cleaning your Oven with Baking soda- Does it work? 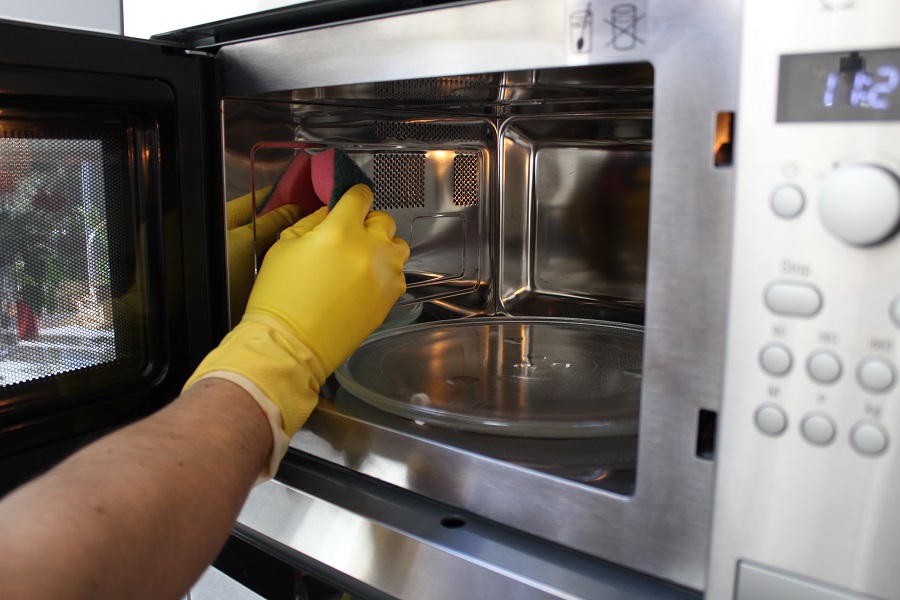 Cleaning is an essential part of our everyday lives. Without it, we cannot leave a healthy, germ-free and allergen-free living. But what if your oven or kitchen need cleaning after a cooking session? The first thing that comes to mind is using expensive top-shelf products to get rid of the grime and grease. But what if you don't need to spend so much money on cleaning products and still get the excellent cleaning results you are after? The secret is baking soda. With the potent power of baking soda, you can quickly get rid of harsh stains, that sometimes even expensive commercial cleaning solutions cannot deal with.

Baking soda is not only suitable for oven cleaning, but you can also clean almost everything with it. In this article, there are smart tricks of how to use baking soda to clean oven, counter and stove.

You can leave the mixture overnight to avoid scrubbing. Just wipe the hardened paste in the morning, and you will be amazed by the results.

Wait for your stove to cool down. Apply the same paste on your stove, let it sit for 30 minutes and wipe with a clean cloth.

However, if you can use baking soda, add 3 tablespoons of white vinegar to the previous mixture, apply, let it sit for 10 minutes and wipe with a wet cloth. The mix of baking soda and vinegar gets rid of all the germs and bacteria.

Baking soda is one of these kitchen ingredients we very often neglect or even forget that we have. Mix it with water, apply on your stove or in your oven and soon you will be amazed by the end results.

1. Knowing the right time to self-clean the oven

2. How often you self-clean depends on oven usage

3. Knowing what type of self-cleaning your oven has

In general, there are two types of self-cleaning varieties - one variety uses heat while the other one uses steam. And some models have both options in one single unit. Either way, self-cleaning has its parameters and limitations. Read the user manual for more information. As a rule of thumb, always remove larger food debris before using the self-cleaning function.

4. Take out those oven racks first

Before you set your oven to self-clean, take out those oven racks.
Since self-cleaning deals with high temperatures, the oven racks could lose their sheen. Aside from that, they wouldn’t normally glide right in, like they used to. If the racks do become a little rough to slide in, use a little olive oil to let it glide easily.

Older ovens that have self-cleaning functions use high temperatures to burn off food debris. The debris then turn to ash, which could be easily collected that the bottom of the oven. Temperatures could reach as high as 400-500°C, and the process takes anywhere from 2-4.5 hours. As a precaution, never leave anything on top of the range during a high-temp self-cleaning session.

6. Odours produced during self-cleaning can be dangerous

Unlike high-temperature self-cleaning, the process that uses steam is faster and produces no fumes. It is generally necessary to have a high frequency of self-cleaning if steam is being used. Also, after the self-cleaning process, the dirt accumulated at the cavity of the oven needs to be cleaned with a sponge.

8. Don’t use cleaners in a self-cleaning oven

If it’s labelled as a self-cleaning oven, there’s no use for cleansers at all. Not only will it interfere with the self-cleaning functionality, but it would also leave some nasty chemicals behind as well. Heavier food particles must be cleaned out before self-cleaning.

9. Don’t self-clean before a holiday or a dinner party

Despite being a function built into the oven itself, self-cleaning can be tough on some of the components of the oven. And sometimes, the oven may break down after using self-cleaning. So if you’re planning on having a big dinner party, don’t self-clean beforehand to avoid any inconveniences. 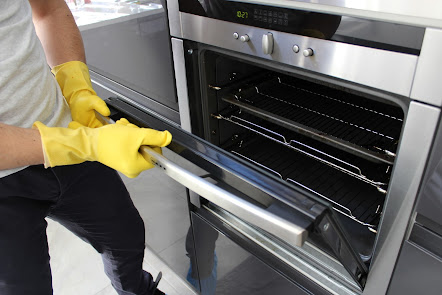 How to clean your oven after a grease fire

So, you’ve just had a cooking accident. You took your eyes off the dish for a mere second, and when you turned your head back around, you witnessed your meal-to-be burst into a big ball of flame. That’s okay. Don’t let it get you down – it happens to the best of us. And, more often

than not, it’s the dealing with the aftermath that keeps us on our toes. As long as you managed to deal with the situation quickly, you just have your oven to take care of. And, with the help of this article, that will be a non-issue as well!

Often times, the best cleaning methods are the safest ones. Incidentally, in the case of oven cleaning, they’re also the most affordable ones as well. Baking soda, vinegar and lemon juice are great for all domestic cleaning tasks, but when it comes to dealing with grease fires, they’re your best choice in terms of price-to-convenience ratio.

Assuming that you’ve dealt with the actual flames, you will be faced with a rather sooty and greasy kitchen. The first thing you aim for should be minimizing the damage of the soot residue. If you leave soot enough time, it can easily seep into your walls, appliances and even clothing, and getting rid of it after-the-fact can be incredibly difficult. Here’s how to avoid any permanent damage.

Factors that contribute to extra difficulty in cleaning the oven 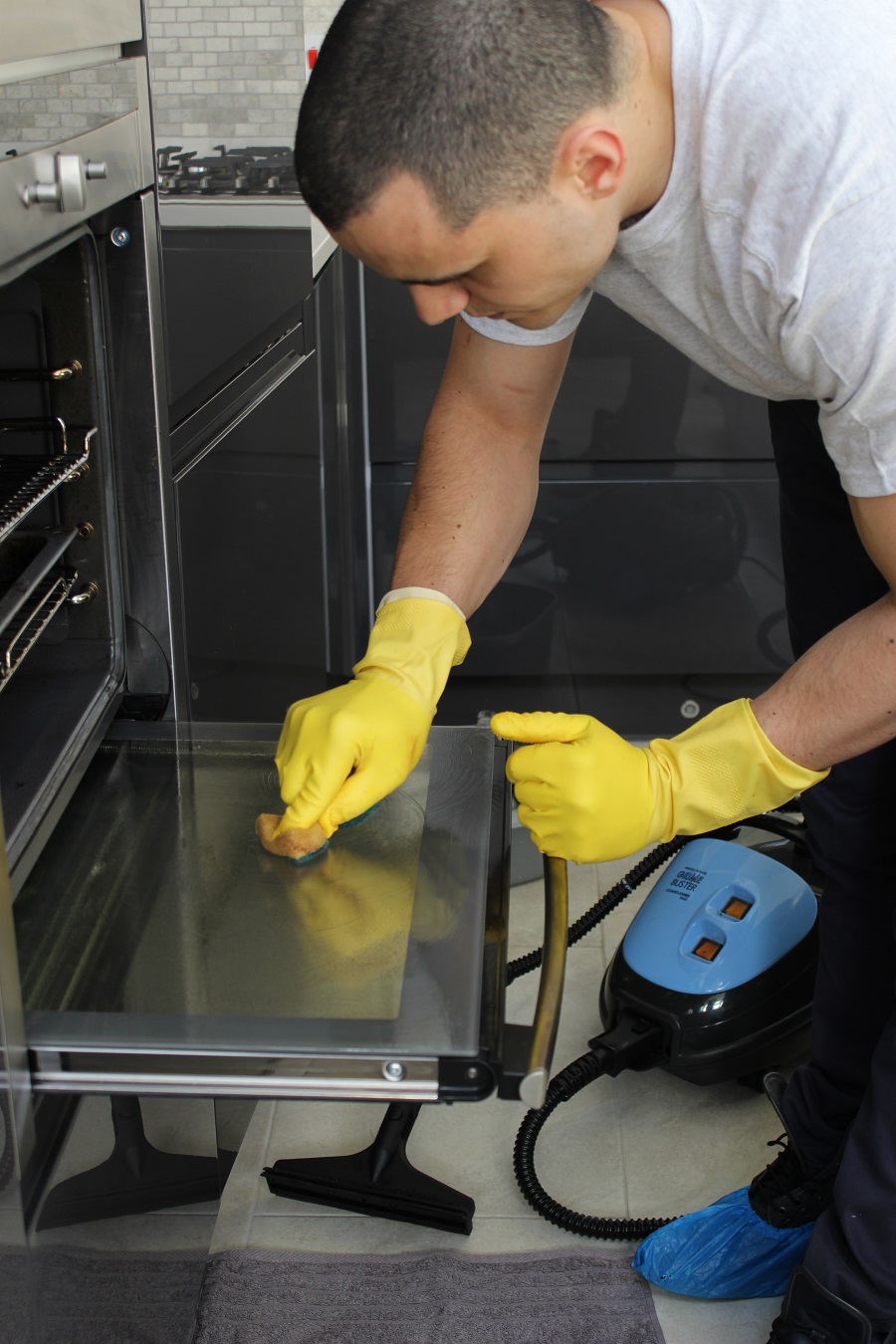 If you are among the people that cringe at the very mention of the words ‘oven cleaning’, you are not alone. According to numerous surveys, oven cleaning is the number one most hated household chore among people.

While cleaning this appliance is hardly anyone’s idea of fun, more often than not it is just a mistake on your part that contributes to it being such a drag. Of course, there are a lot of factors at play that can potentially increase the difficulty of oven cleaning for you. It pays to know more about them so that you don’t fall victim to overly complicated chores.

All of these factors contribute to the need to clean your oven more often. Stay on top of them to keep the appliance clean.

At Fast Oven Cleaning, we know all about effective cleaning methods and solutions. Contact us on 020 3322 8936 to find out more.